The chat on 8th December at 8pm(GMT) is being co-hosted by Kate Bye @Katebye who is a physiotherapist working in private practice – thank you Kate!

Relationships between NHS and private physiotherapists

Many physios work in both sectors, and through any qualified provider commissioning in England the sectors are starting to become increasingly linked. We also know physiotherapists work in a range of other settings; including military services, higher education, local authorities and non-NHS public sector. As a profession we are facing similar challenges in all sectors – marketing ourselves, the future of physiotherapy (especially with increasing competition from other professions) and the opinion of physiotherapy held by the general public, as well as by GPs and other healthcare professionals and Commissioners.

There have been many well-documented changes in the NHS recently, including limiting types of physio treatment and number of treatment sessions. In our clinic we have noticed dissatisfaction accessing physiotherapy services in our area (a telephone triage call initially) and many clients are coming to us instead/as well. I have noticed on iCSP this is not just happening in our region.

Here are some questions to think about before the chat:

So, it boils down to how can we collaborate for the good of physiotherapy?! How can we work together to stop physiotherapy from ‘sleepwalking into obscurity‘?

About Kate Bye, our host:

I am a Co-Director of a small private physiotherapy clinic in North Yorkshire, seeing self-paying and insurance clients. I qualified in 1999 and worked in the NHS in the Manchester area and also privately in small clinics and the local BMI hospital, as well as with England Netball.
On moving to North Yorkshire in 2011, I looked to return to work after a short career break but found NHS jobs (especially part-time) hard to come by. So I decided to set up on my own, initially domiciliary and then joining forces with @dallasnewton to form @NYorksPhysio. 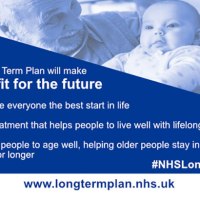